Today, Canada’s wildlife and plants face enormous pressures and threats from the loss of their habitat to pollution and contamination of their environment. The decline of populations and the disappearance of wildlife species modify ecosystems considerably. Plants, animals, and micro-organisms all play essential roles in the natural processes that keep the Earth’s atmosphere, climate, landscape, and water in balance.

In Canada, those species that are under the most pressure of becoming extinct can receive both a federal (under the Committee on the Status of Endangered Wildlife in Canada or COSEWIC) and provincial (by the BC Conservation Data Centre) conservation status. This is determined by a body of experts responsible for identifying and assessing wildlife species considered to be at risk. By applying a conservation status for those species at risk, laws and regulations can be used to help to protect them. These species are also helped by scientists, Aboriginal peoples, private landowners, and industries by implementing recovery strategies and by communities helping with stewardship and conservation efforts.

To find out more on how species at risk are identified and for the most up to date conservation statuses, please visit the following websites:

Here is a brief overview on what the federal and provincial conservation statuses are and what they mean:

There are many species at the CVWMA that are known to be rare or endangered. The conservation of these species has become a focus of habitat management at the CVWMA.

Here is an example of some of the species at risk at the CVWMA and their provincial conservation statuses:

For the most up to date information on the provincial conservation status of all species, please visit the BC Species and Ecosystems Explorer by the BC Conservation Data Centre. 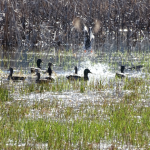 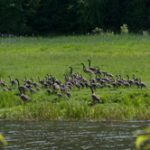 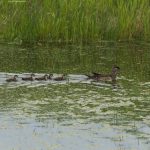