The Creston Valley Wildlife Management Area is a rich and biologically diverse area. Over 300 species of birds, 57 species of mammals, and 29 species of fish, reptiles, and amphibians call the area home.

The wetlands of the Creston Valley Wildlife Management Area form a valuable link in a chain of wetlands extending from the Arctic Ocean to California. Because of its important values to wildlife and humans, the Area has important international and national designations.

In 1994, the Creston Valley Wildlife Management Area was designated as a Ramsar site – wetland of international importance.

The Convention on Wetlands (Ramsar, Iran, 1971) – called the “Ramsar Convention” – is an intergovernmental treaty that provides the framework for national action and international cooperation for the conservation and wise use of wetlands and their resources. It was adopted in the Iranian city of Ramsar in 1971 and came into force in 1975, and it is the only global environmental treaty that deals with a particular ecosystem. The Convention’s member countries cover all geographic regions of the planet.

The Convention’s mission is “the conservation and wise use of all wetlands through local, regional and national actions and international cooperation, as a contribution towards achieving sustainable development throughout the world”.

The Convention uses a broad definition of the types of wetlands covered in its mission, including swamps and marshes, lakes and rivers, wet grasslands and peatlands, oases, estuaries, deltas and tidal flats, near-shore marine areas, mangroves and coral reefs, and human-made sites such as fish ponds, rice paddies, reservoirs, and salt pans.

According to the Convention, wetlands are important to conserve and protect because:

Canada became a Contracting Party to the Convention in 1981. For more information on Canada’s role visit Environment Canada

In 2002, the Creston Valley Wildlife Management Area was designated as a nationally Important Bird Area by BirdLife International because it regularly supports over 100,000 water birds during migration periods.

The 7,000-hectare habitat is an important destination in the migration of tundra swans and greater white-fronted geese and a vast array of waterfowl. It is considered that in British Columbia, the Creston Valley Wildlife Management Area is second only to the coast as a flyway route for numbers of migrating waterfowl that follow it twice yearly. Birdwatchers marvel at the 6 species of grebes, large numbers of great blue herons, the rare Forster’s terns – which breed no where else in BC – and a thriving Osprey population.

An Important Bird Area (IBA) is a site providing essential habitat for one or more species of breeding or non-breeding birds. These sites may contain threatened species, endemic species, species representative of a biome, or highly exceptional concentrations of birds.

Goals of the IBA program…

CARCNET has created the Important Amphibian and Reptile Area program (IMPARA) to identify places that have special significance for the conservation of amphibians and reptiles, so that these places can be protected. IMPARA sites are areas that have special worth and significance for the conservation of amphibian and reptile biodiversity and endangered species. These areas have immediate relative conservation importance, because if they were lost (e.g., through habitat destruction), Canada’s natural heritage of amphibians and reptiles would be substantially degraded.

Learn More About Us 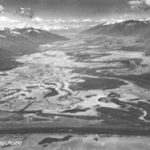