The northern leopard frog is a beautiful, medium-sized amphibian, with long legs and dark-coloured spots on, typically, a rich green skin. Once widespread in many wetlands across southeast BC, it is now restricted to two breeding areas in the province: Bummers Flats in the East Kootenay, and the Creston Valley Wildlife Management Area in the West Kootenay. It is listed federally as Endangered , is provincially Red-listed, and was even thought to be extirpated (locally extinct) from the province by the mid 1990s.

The reasons for its decline are numerous and varied; from the loss of wetland habitat as a result of human development, to pollution, disease, and the introduction of non-native species -predatory fish and plants that can change the composition of the frogs’ habitat.

Given its precarious toe-hold in the province, significant efforts have been made by many partners, guided by the Northern Leopard Frog Recovery Team, to ensure its future survival.

The Team is made up of representatives from the Fish & Wildlife Compensation Program (FWCP), BC Hydro, the Ministry of Environment (MOE), Creston Valley Wildlife Management Area (CVWMA), First Nations and independent consultants. The Team directs the research and restoration activities. Of course given the long-term attention required to save this fragile species, many partners are also needed to provide funding and other resources. These include the FWCP, Columbia Basin Trust, CVWMA, Fortis BC, MOE, Environment Canada, St. Mary’s Band, Lower Kootenay Band, Interdepartmental Recovery Fund and the World Wildlife Fund.

In 2001 a captive rearing and reintroduction program was launched. Over the next five years until 2005, nearly 25,000 frogs or tadpoles were raised under artificial conditions and released into the two breeding locations. While the program was successful – achieving an 82% survival rate in the controlled environment – the northern leopard frog populations in both Creston Valley and at Bummers Flats in the East Kootenay remain extremely vulnerable. To give an indication of how precarious the situation is for the species provincially, typically biologists only find between six and twelve egg masses each year.

As a backup plan, should there be a complete collapse of the wild population, the Vancouver Aquarium, together with the Recovery Team, has developed an “insurance policy” – called a “captive assurance colony”. Currently it has approximately 60 frogs that will, with any luck, breed successfully when they are mature. As with most insurance policies, it is hoped that we will never have to draw upon it. 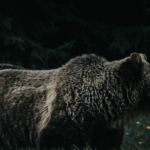 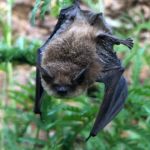